A 500lb lion and a miniature sausage dog have totally changed the concept of “fighting like cats and dogs” by forming an unlikely friendship at Exotic Animal Park in Wynnewood, Oklahoma. A seven-year old Dacshund dog named Milo is so close with five-year old male lion, Bonedigger that Milo even helps his best friend Bonedigger to clean up his teeth after dinner.

The lion was born with a metabolic bone disease that left him mildly disabled.  Bonedigger first became friend with Park manager John Reinke, who lost both his legs in an accident and also witness the unusual and inseparable friendship of Milo and his friends with Bonedigger.

Park manager John Reinke describes this amazing example of friendship in these words: "This friendship between an 11lb wiener dog and a 500lb lion is the only of its kind in the world ever seen.” 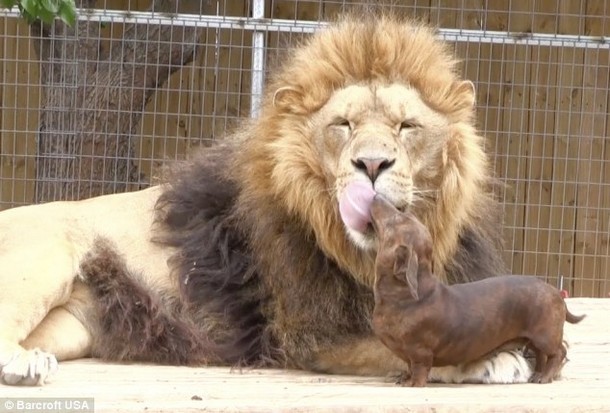 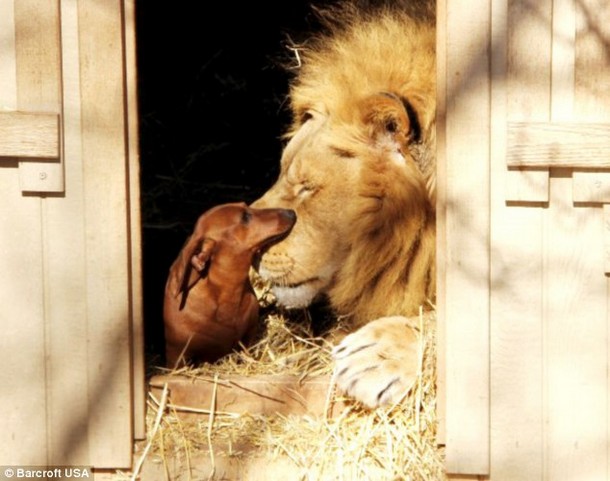 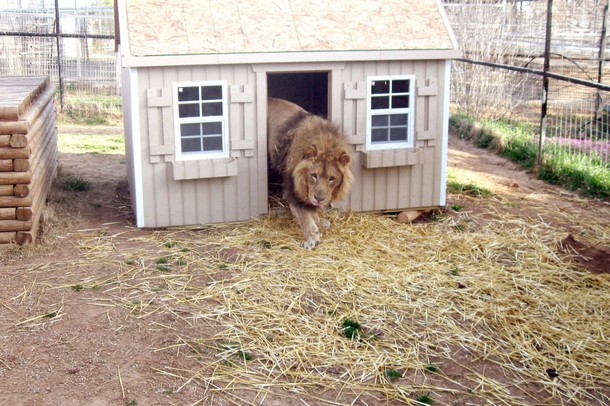 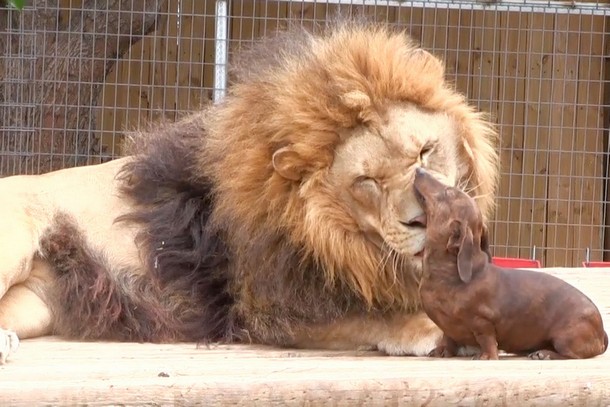 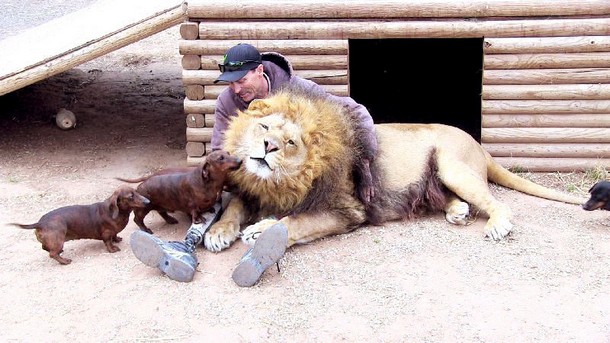 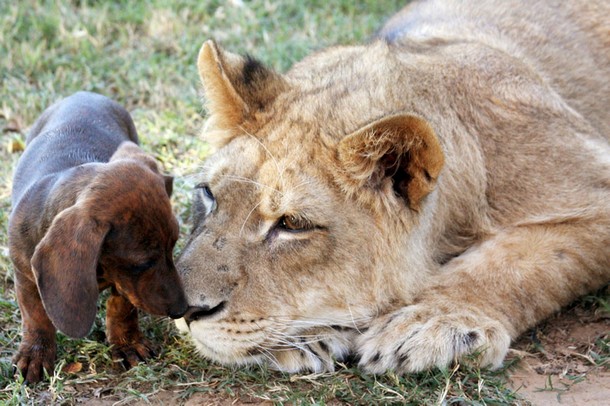 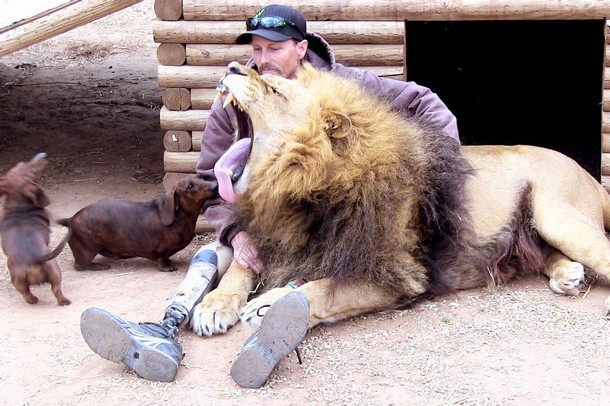 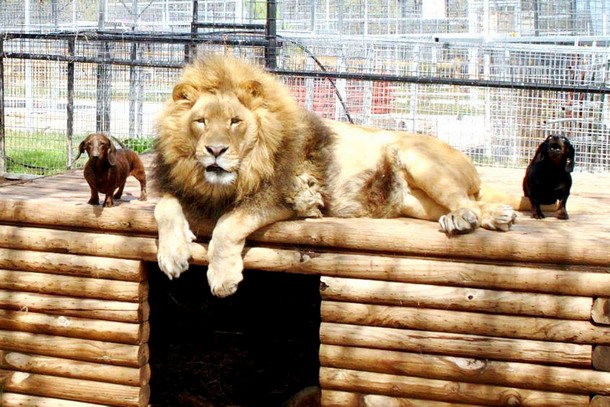 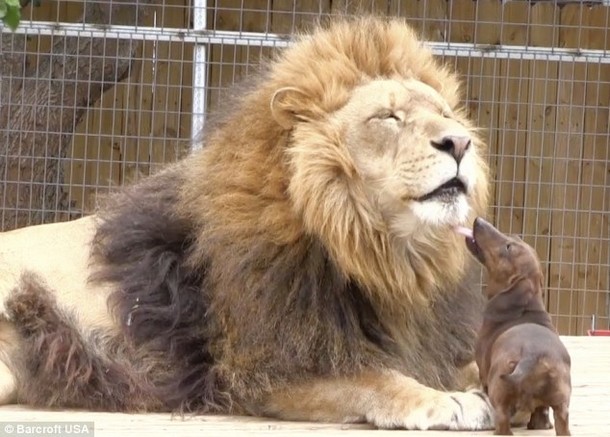 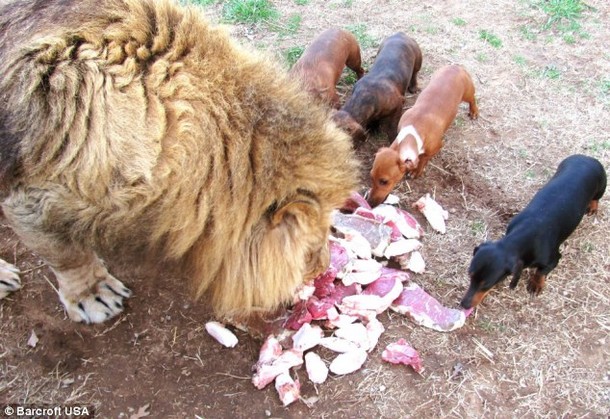 All pictures and video are owned and licensed by GWZOO.ORG