Wedding party attack photos are becoming a new fun trend these days. Thanks to Quinn Miller who set the trend in the wedding party of James Lowder and Katie Young where the entire wedding party was chased by a T-Rex.

This hottest new trend involves taking pictures of recently married couples and their cohorts while featuring Snowspeeder, AT-ATs, T-Rex and Aliens coming to attack entire wedding party. These wedding party attack pictures will surely inspire you and give you an idea about your own wedding day photo. Check out! 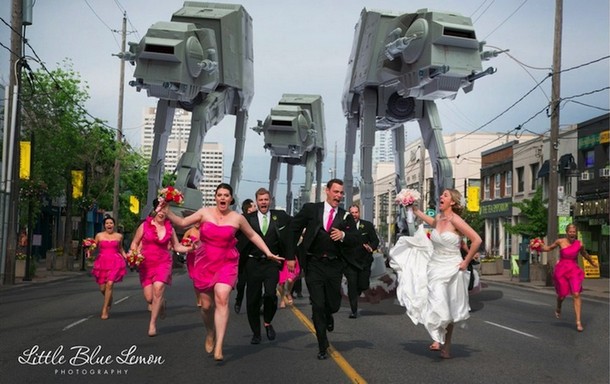 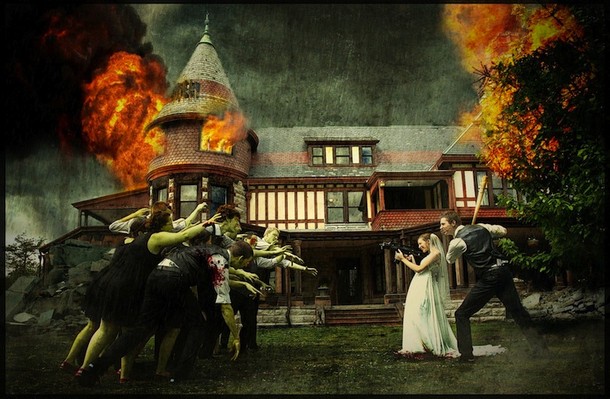 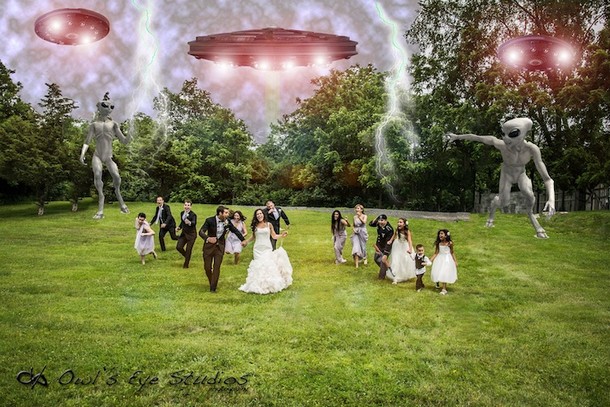 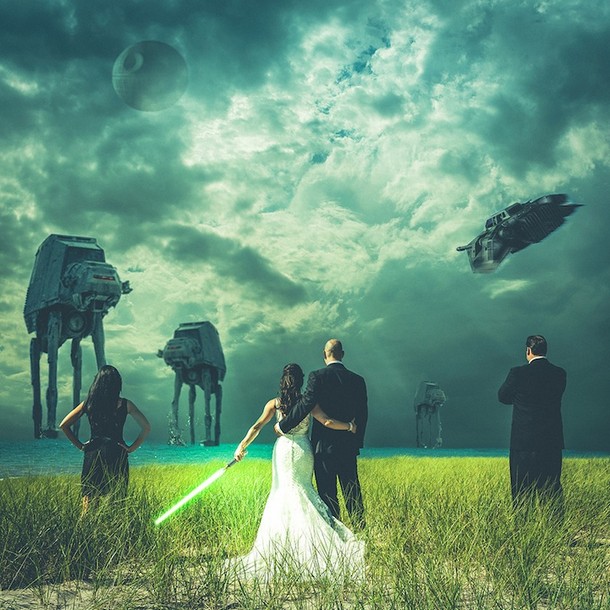 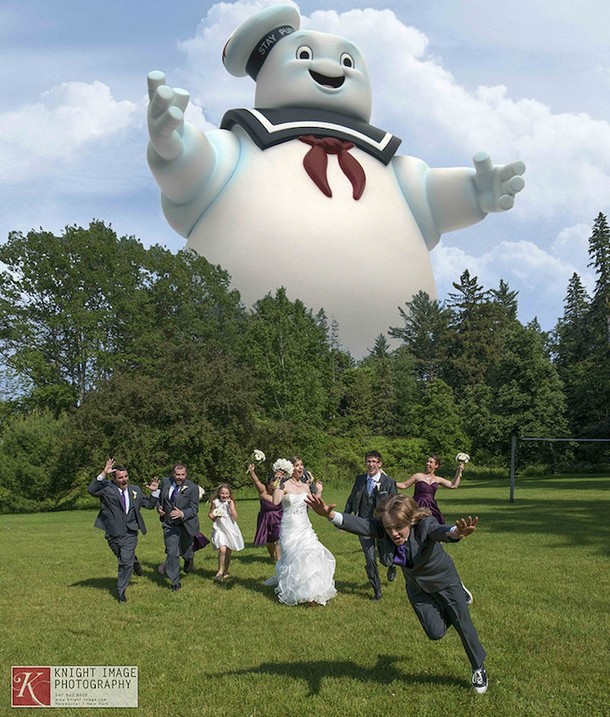 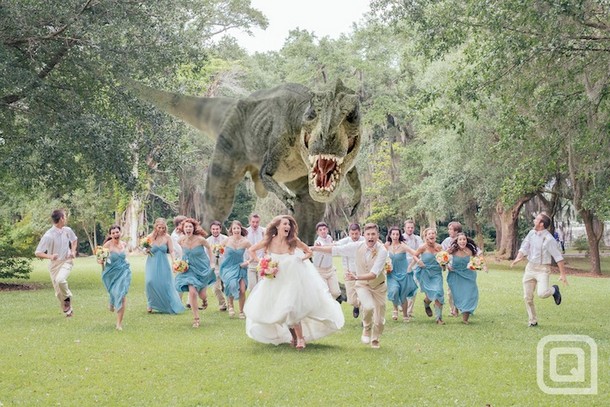 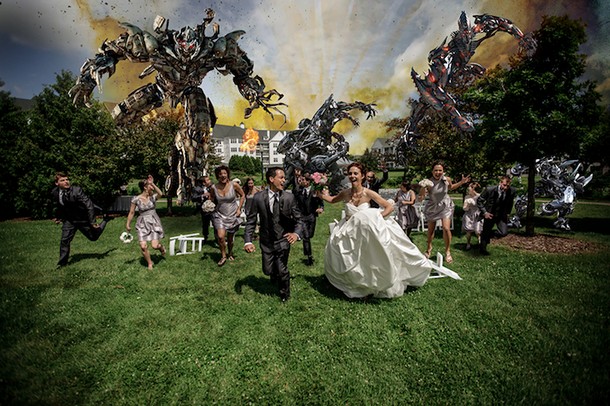 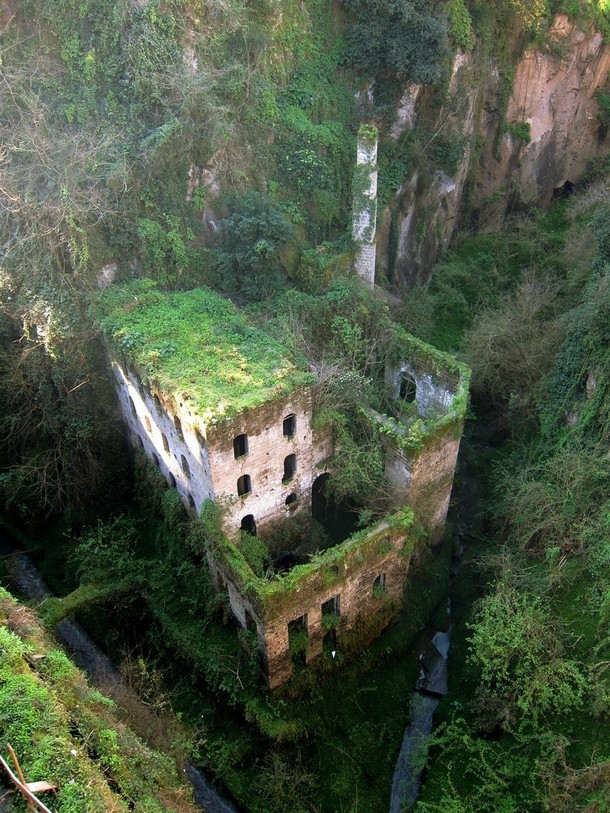