Superheroes such as Batman, Superman and Spider-Man are supposed to be the bravest and strongest characters who are capable of fighting crime with amazing superpowers that we could only dream of. However being a superhero in this modern world especially in 2013 is quite difficult, for example the Batmobile which cost only $600 in 1939 has jump to $18 million in 2013. The reason is not that villains are any more evil, but things go more expensive throughout all these years.

Emil Lendof has shown us really interesting infographics comparing how much it costs to be Superman, Batman, Spider-man, Hulk and Wolverine.  Let’s take a look how much your favorite Superhero costs in 2013. 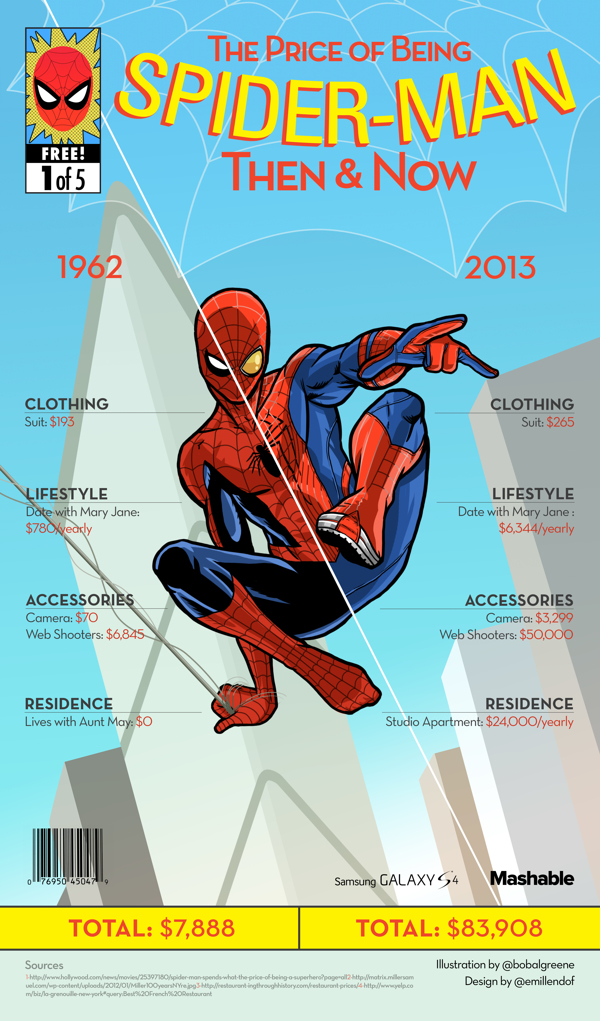 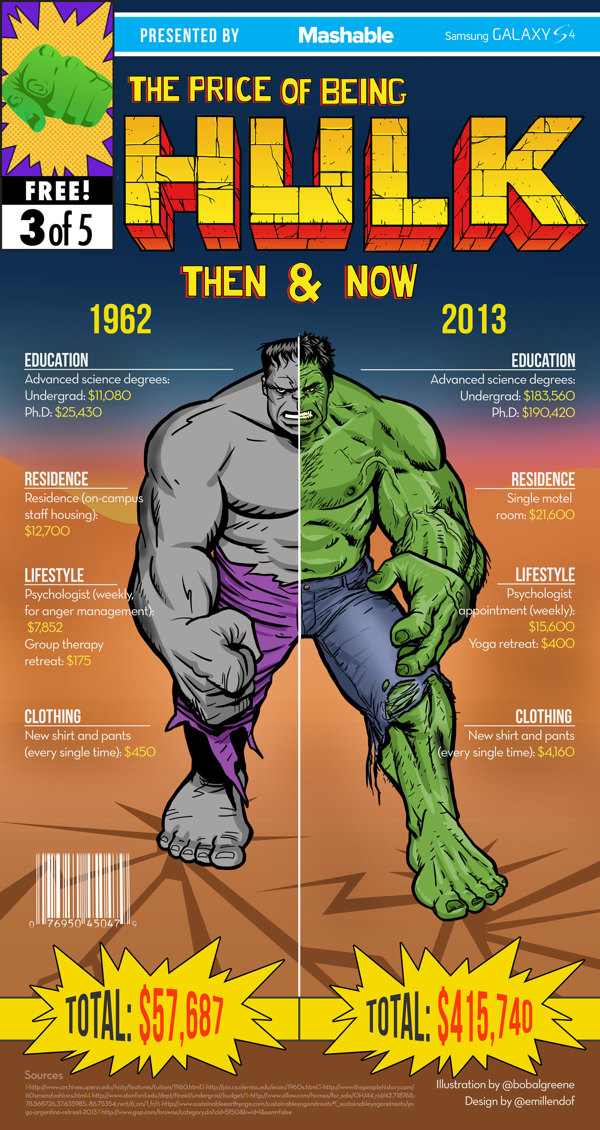 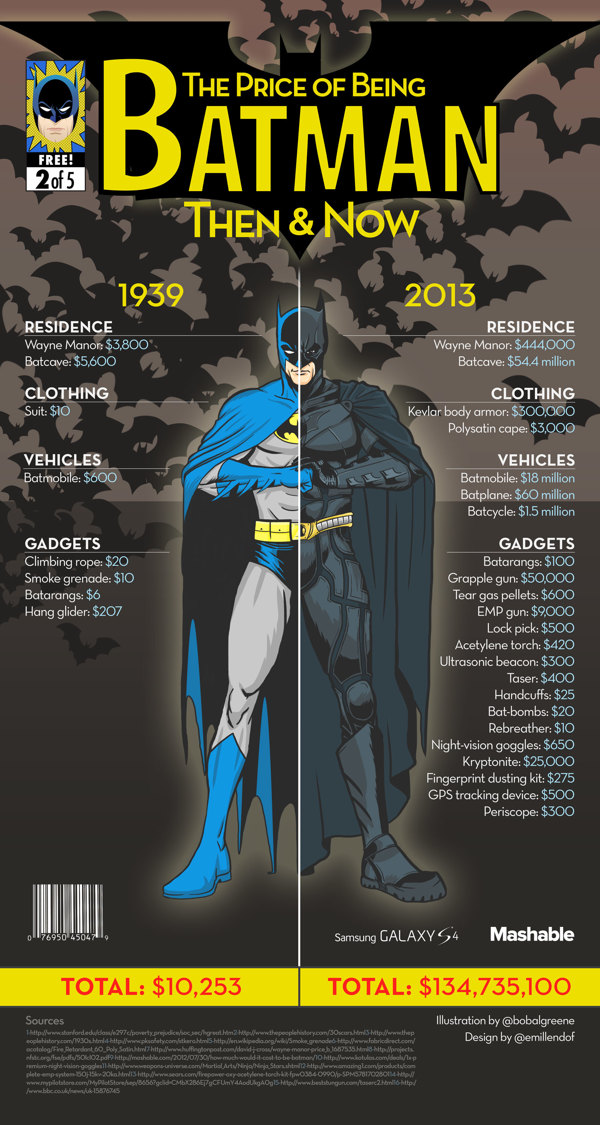 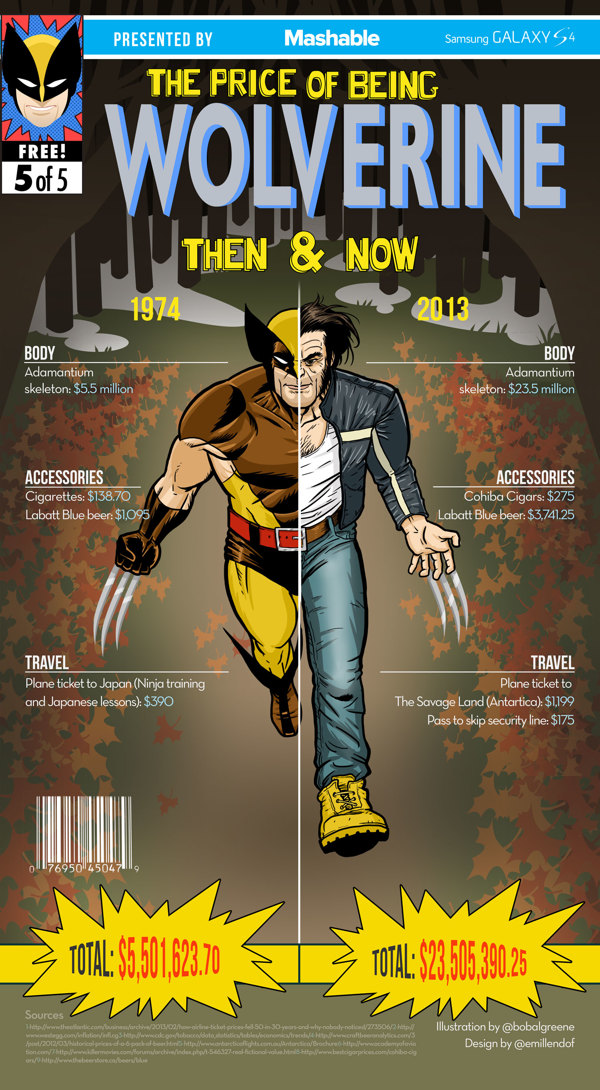