American photographer Gregg Segal has highlighted an important problem of global pollution in his visual series titled, “7 Days of Garbage”. He invited people from a variety of socioeconomic backgrounds including  neighbors, acquaintances, friends and near-strangers to put their garbage for one week in his backyard. In the project, he captured photographs of all those people lying in the trash they created in one week. With this project, Segal hopes to raise awareness among society about excess and waste material. 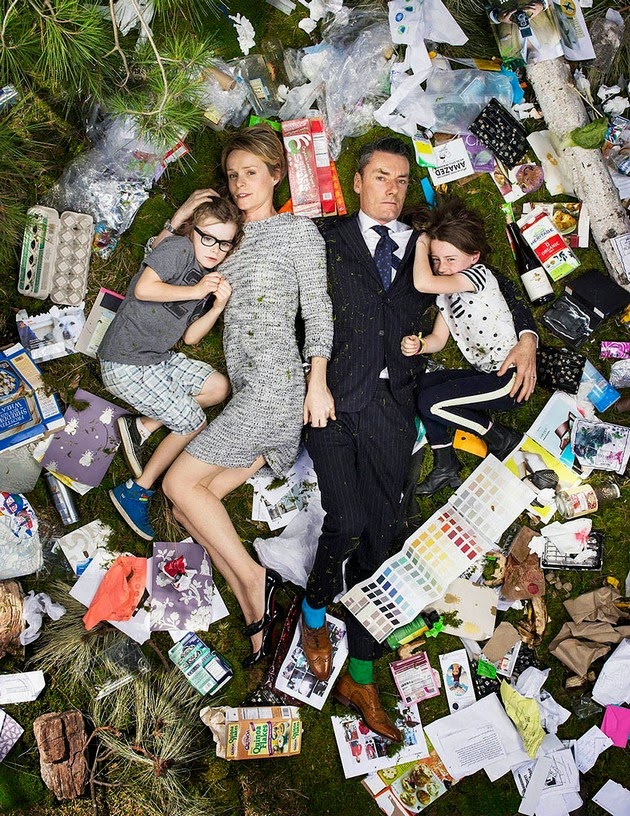 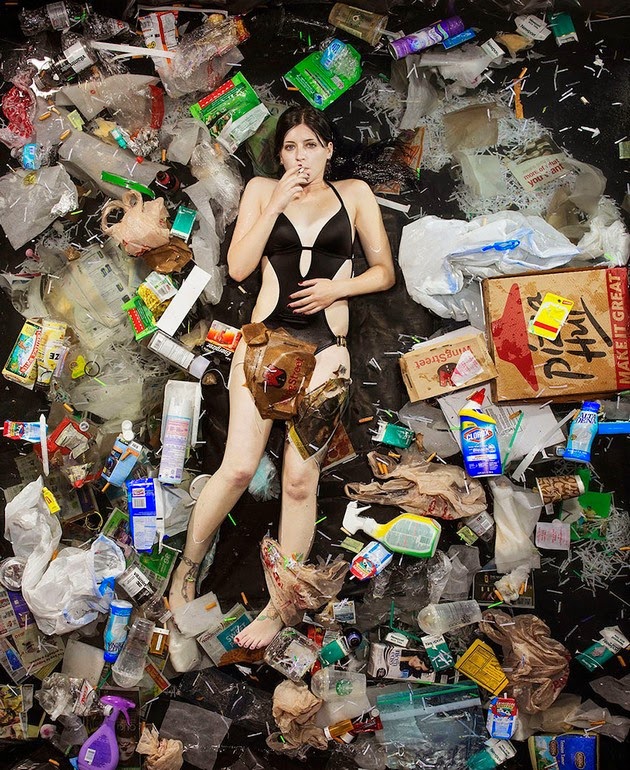 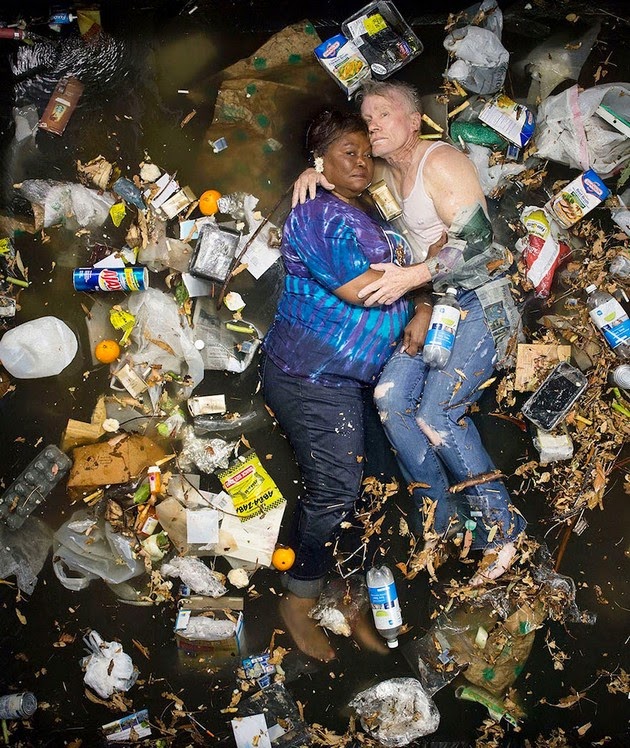 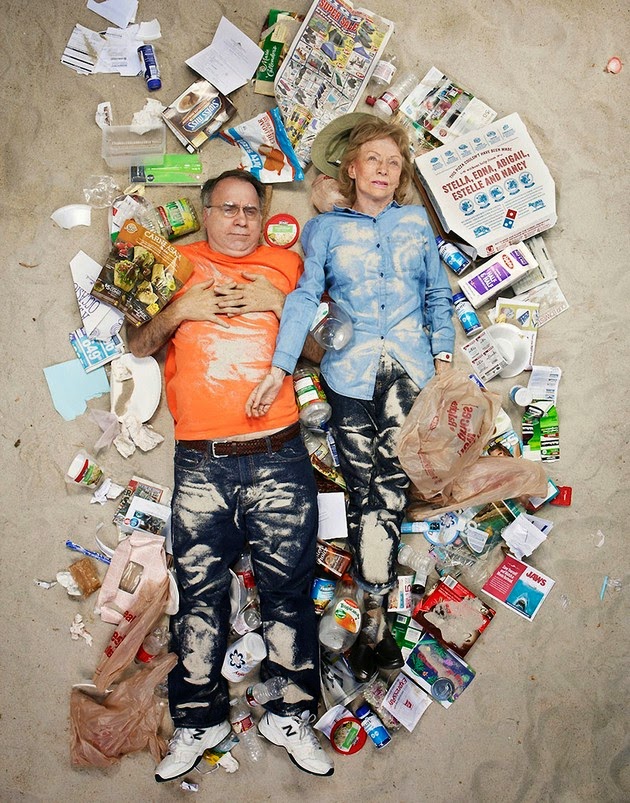 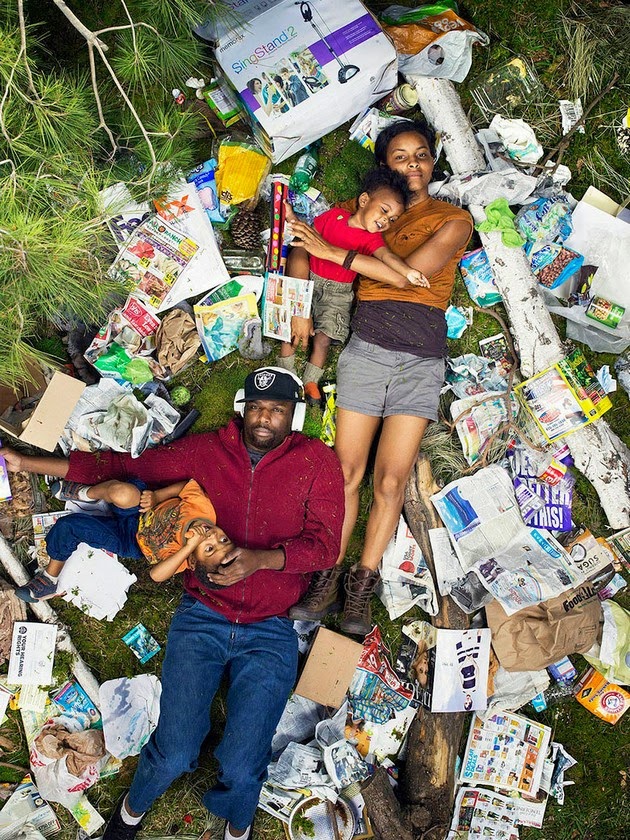 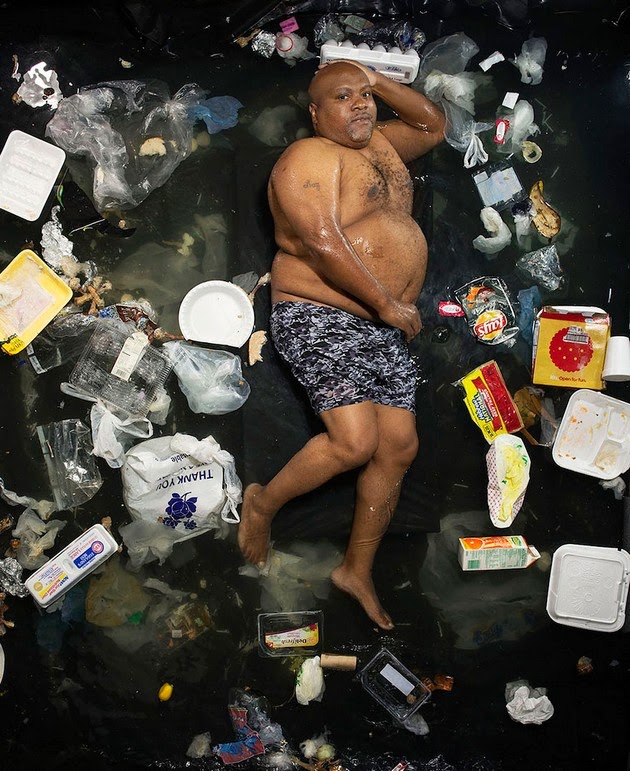 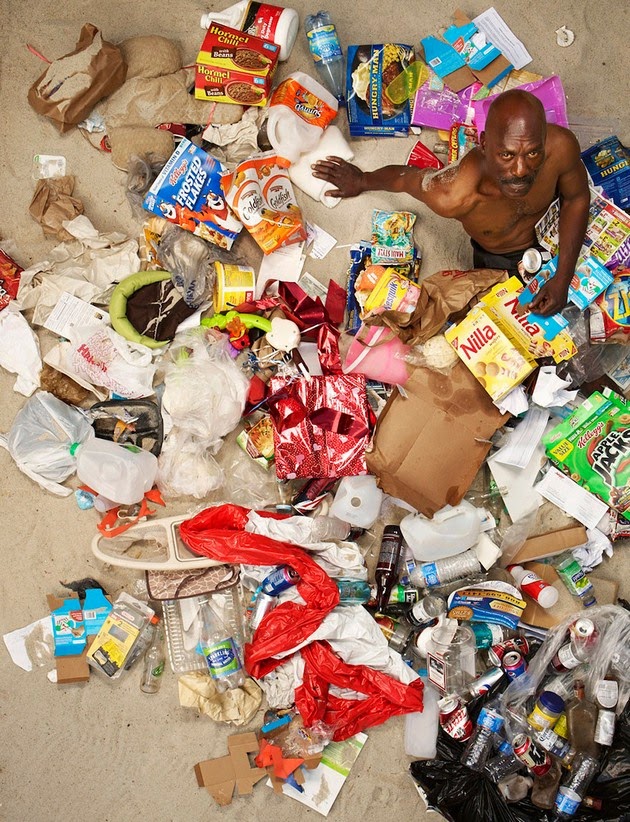 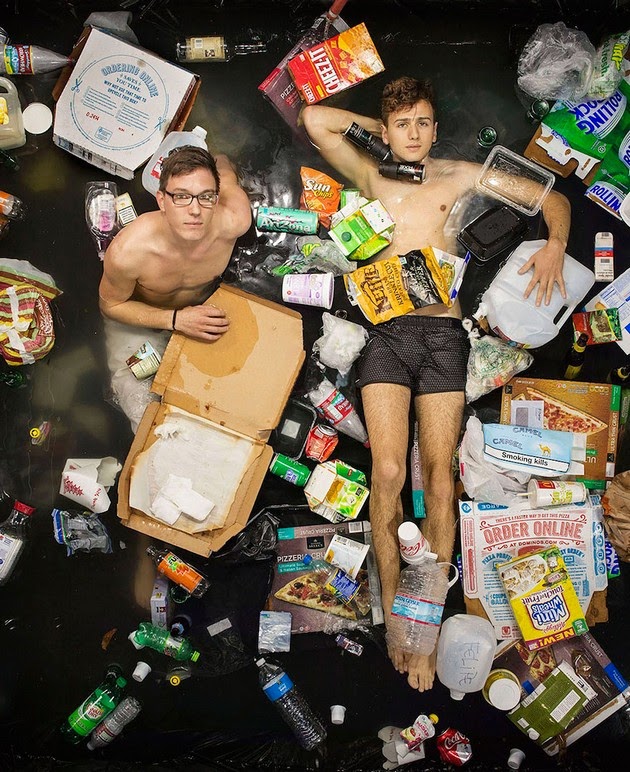 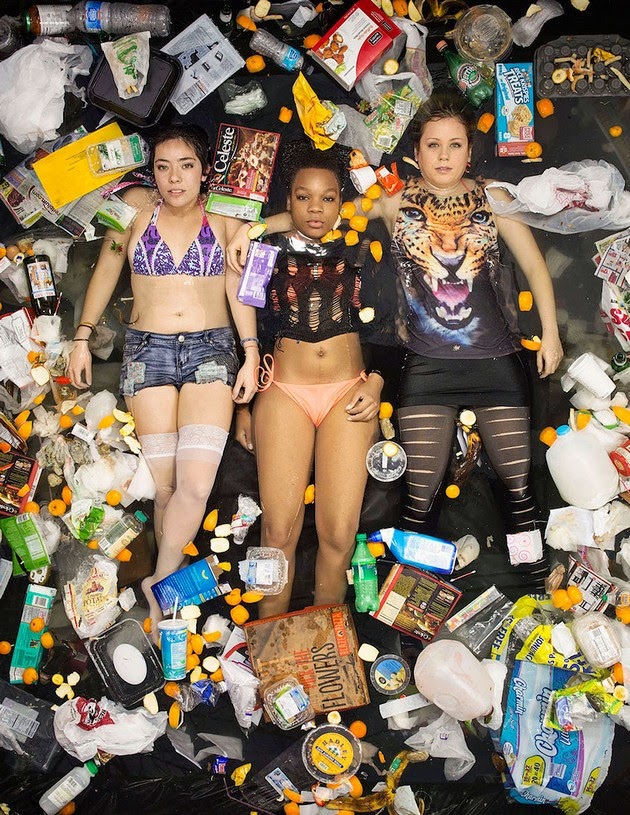 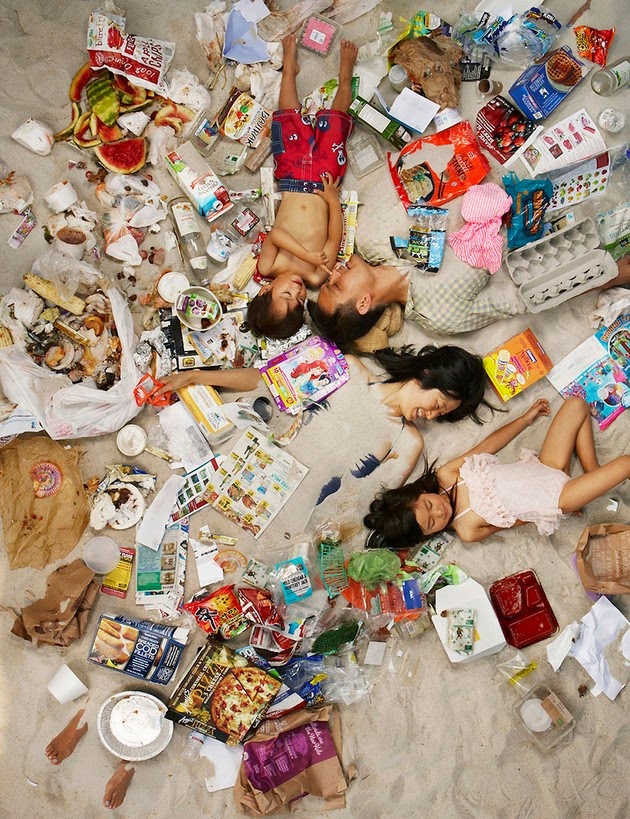 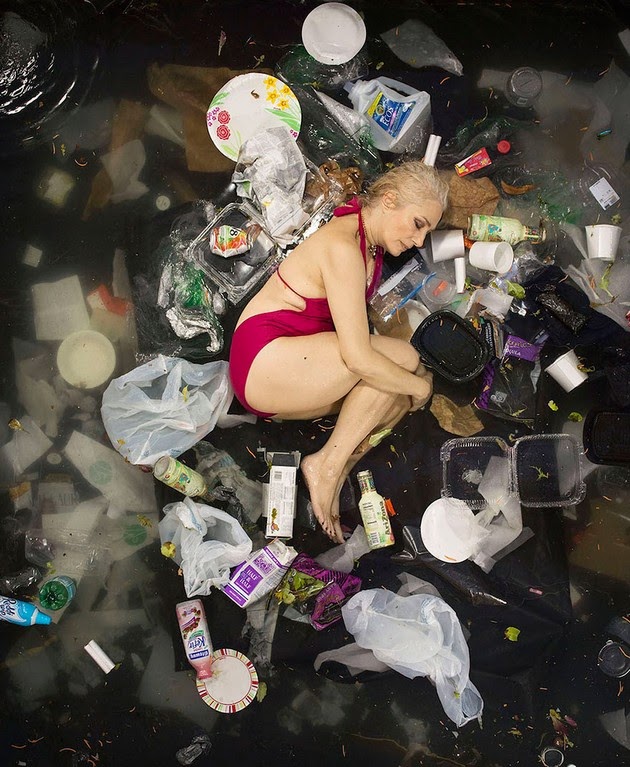 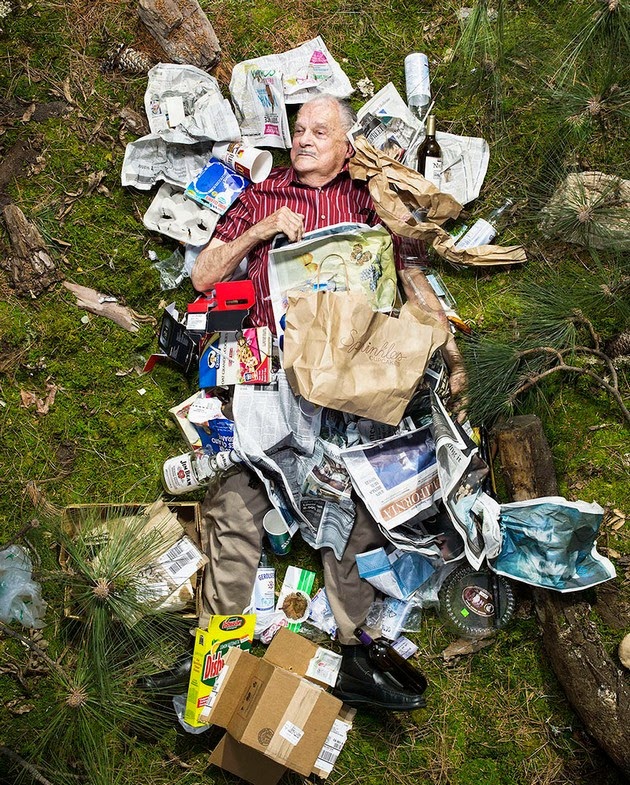