Some intelligent cat owners in Japan came up with a hilarious new photo trend called the ‘Cat Montage’ or ‘Neko Montaaju’, that give their cats funny cartoon eyes by placing hand-drawn strips of paper in front of the cat’s face.

A Japanese Twitter user Shiratamaaaa started the trend by uploading the photo of cat with cartoon or anime eyes along with a caption saying, “If you have a cat, you should try Neko Montaaju”! The picture was retweeted nearly four thousand times and inspired other peoples also to partake in this brilliant trend. 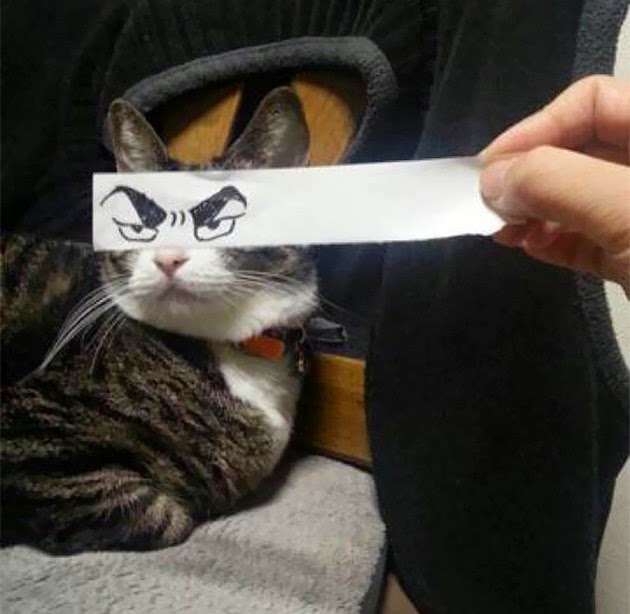 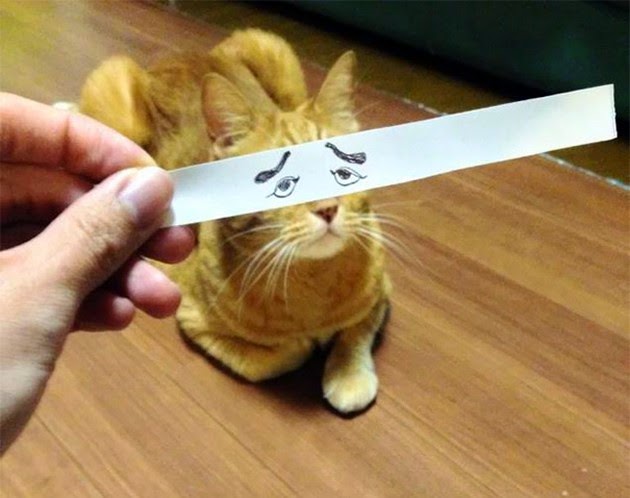 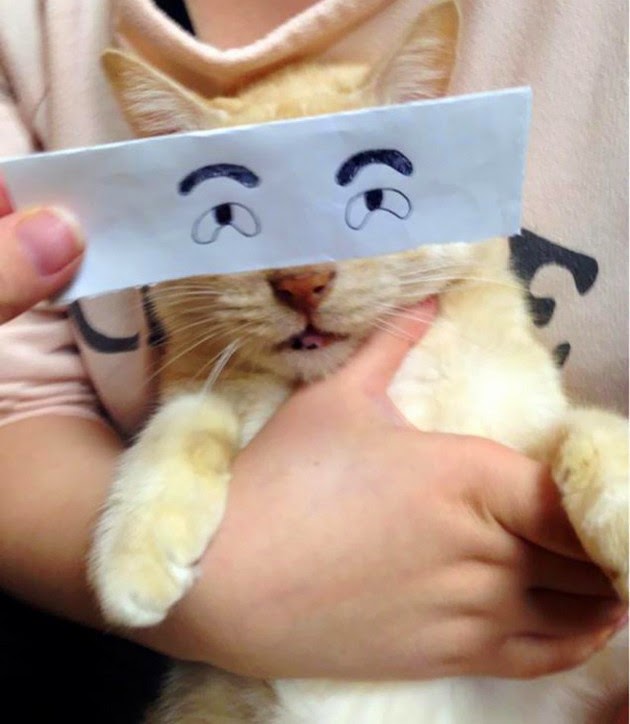 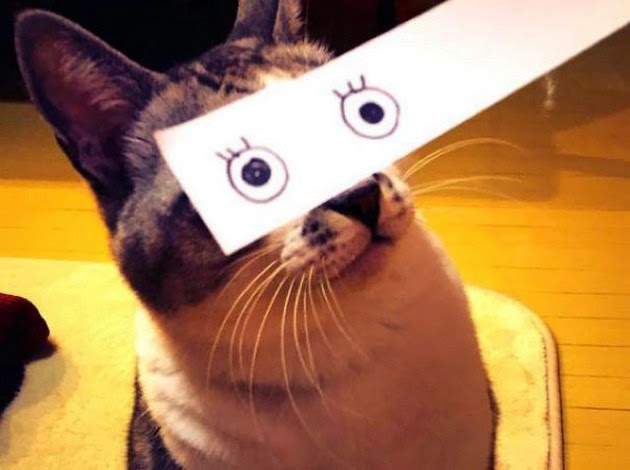 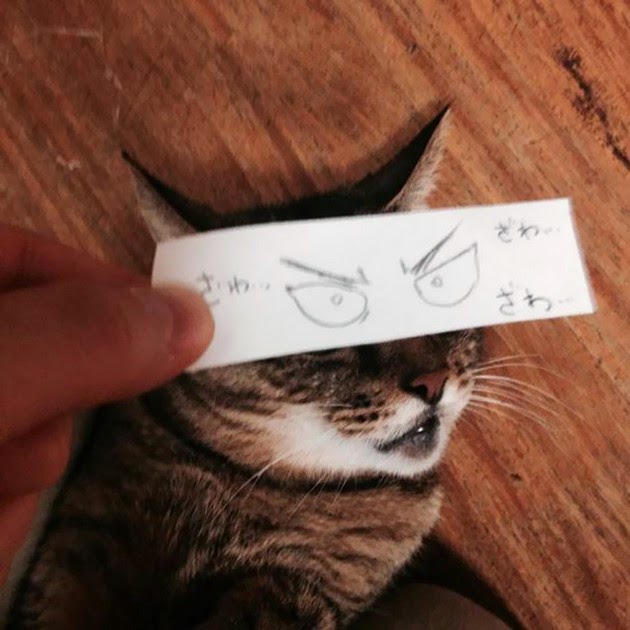 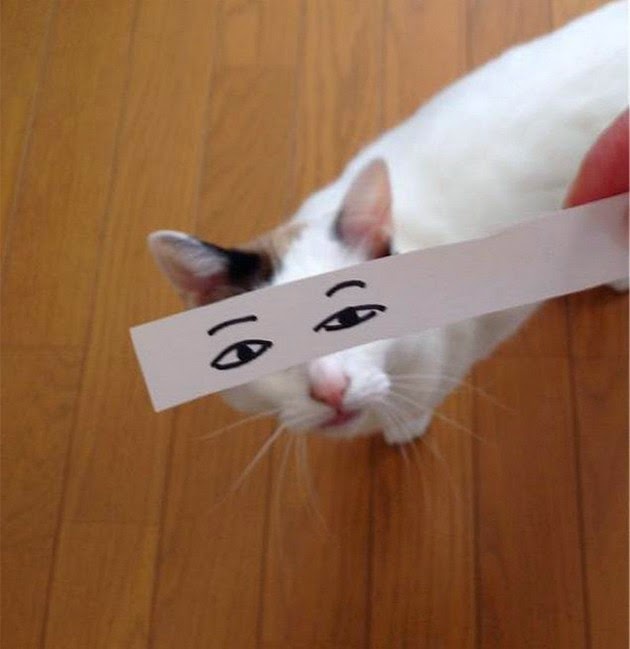 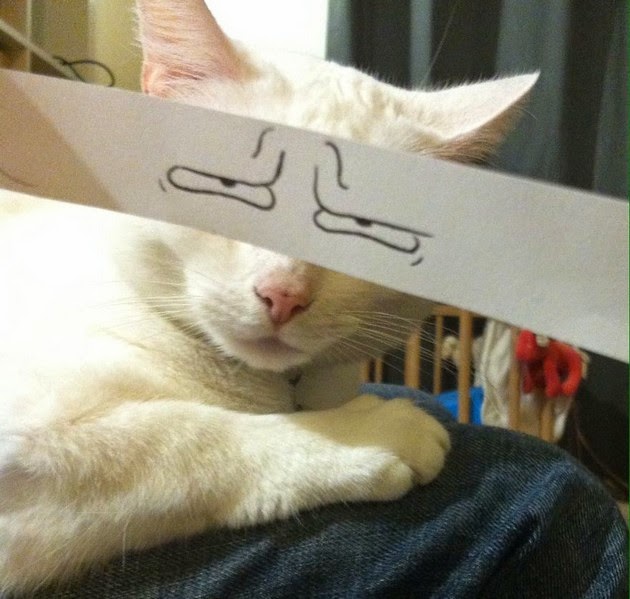 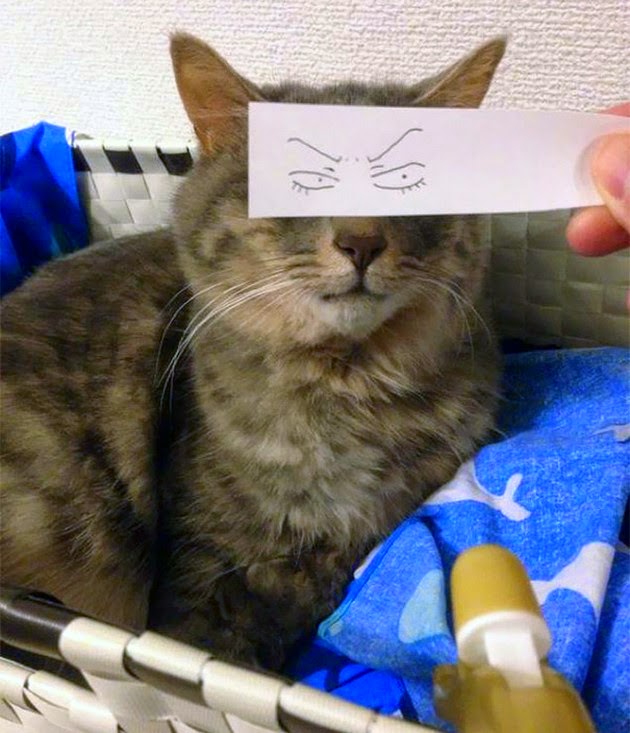 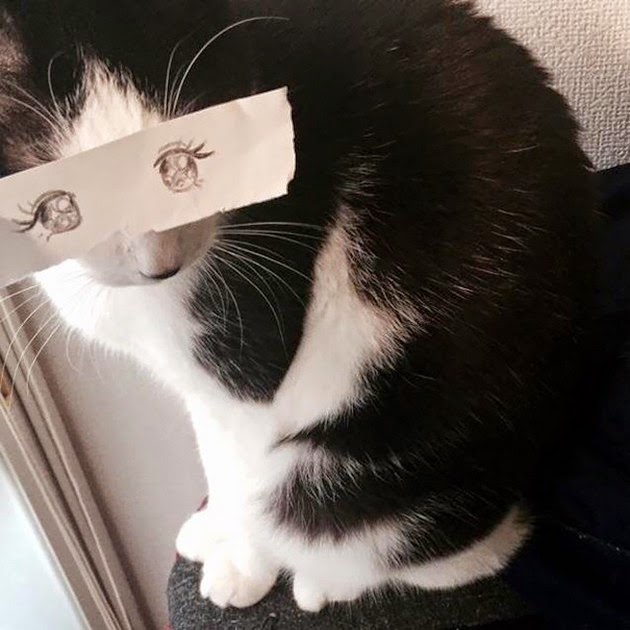 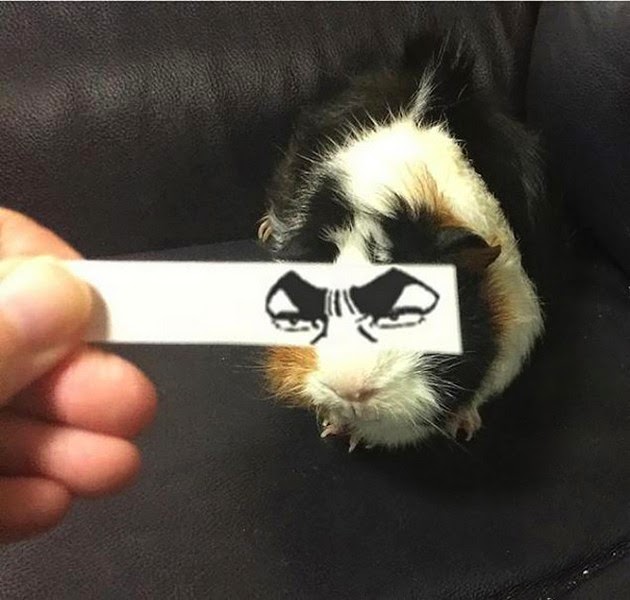 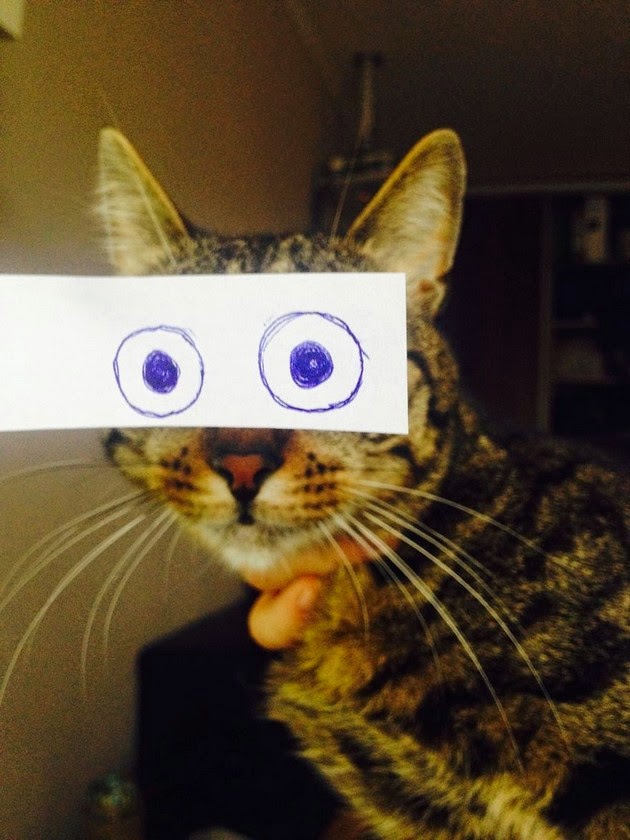